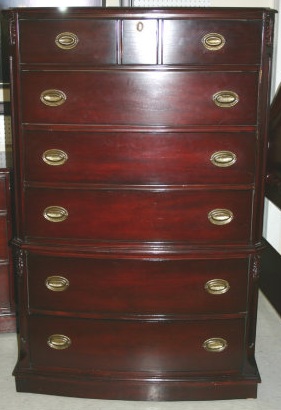 In the 1850’s, John Watson a young Scotsman opened a furniture shop at Kincardine, where he produced household furniture.  About the same time, Andrew Malcolm emigrated to the British West Indies.  The climate was too hot and he sailed north to Canada where he was employed by the Canada Land Company in the Queen’s Bush.

Lumber for the Kincardine plant arrived by boat from Manitoulin Island.  the finished furniture was shipped by railway from the Atlantic coast to the Pacific coast and exported as well.

This beautiful, Canadian made furniture was used in many Canadian Hotels and one Jamaican Hotel. 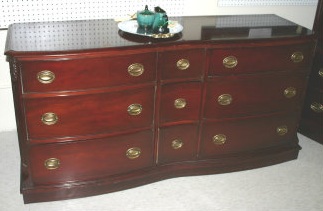 Mosquito Bomber parts kept the company very busy during World War II.  Over 300 people were employed in this work.  Following the war the company returned to making furniture.

Difficulty in securing workers forced the company to close in 1973.

How May We Help You?

Our large selection of furniture is one of brand names and current trends. We also carry beautiful and unique “one of a kind” pieces from the past that you won’t find in traditional retail stores. When you make your purchase from “Bits & Pieces” you will own pieces that are irreplaceable.

Furniture design today is being fashioned from days gone by, reflecting lines and fabrics of a “retro” era.  It’s so much more interesting to own an original ‘retro’ piece, and you won’t find better pricing anywhere else than at “Bits & Pieces.” Because Bits & Pieces is not limited by name brand representation, or tied to a specific market group, it can offer a wide variety of items to suit a wide variety of tastes! From traditional to retro and even contemporary, we carry it all!

Literally hundreds of pieces of artwork grace the walls of our store every month! Quality wall art and décor can transform the atmosphere of any room in your home!

Sometimes that one perfect accent piece can be the “piece de resistance” that ties your whole room together! At Bits & Pieces Furniture & Décor we carry a great assortment of accessory décor items just for that purpose!